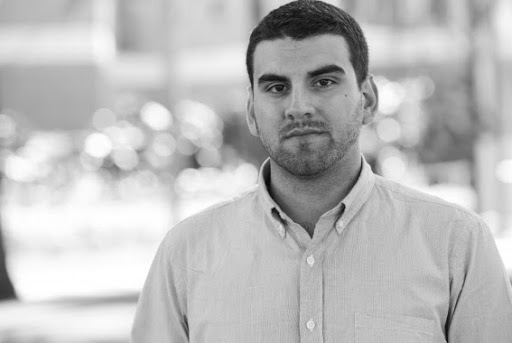 Born and raised in Cincinnati, Ohio, Evan Romansky found his passion for writing and creating while working for his school newspaper in high school. He graduated from Ohio University in 2013 and went on to study screenwriting at Loyola Marymount University, receiving his graduate degree in 2016.

Now Romansky, 29, is the creator and co-executive producer of the Netflix Original Series “Ratched,” a psychological thriller based upon the character Nurse Ratched from the 1962 novel and later 1975 film, “One Flew Over the Cuckoo’s Nest.”

I had the honor of asking Romansky a few questions about his time at Ohio University, what has inspired him and how he has gotten to where he is now.

What did you study in undergrad at Ohio University?
I was a broadcast journalism major with a specialization in film studies. I worked on all of the WOUB shows such as Hardwood Heroes and Gridiron Glory. I really thought that it what I wanted to do but I quickly realized I didn’t exactly love being on camera. I was craving something a little more creative, which is when I came across screenwriting.

How did being in the E.W. Scripps School of Journalism help you get to where you are now?
Being in Scripps was vital to getting me to this point. Even though I knew that a career in journalism wasn’t for me, I stuck with it and got my degree because I saw the benefits. Scripps taught me how to properly research and edit and then rewrite, rewrite and rewrite, which is what 90% of being a screenwriter is. There are so many similarities between the two professions which is why so many successful screenwriters have come from journalism backgrounds, most notably my “Ratched” showrunner, producer, director and mega hitmaker Ryan Murphy.

How and when did your script get noticed?
I wrote the script for my last semester of film school at Loyola Marymount University in 2016. As part of our graduation, LMU put on a pitch fest for Master of Fine Arts candidates. It was like speed dating with various producers, managers and assistants. My now manager, Jacob Epstein, found me through there. He loved another script of mine and asked what else I had, so I sent him “Ratched,” and we were off to the races. Luckily, he had the right connections and got the script first into the hands of Michael Douglas, who produced the original movie, so on and so on, then, ultimately Ryan Murphy attached Sarah Paulson to the idea and lastly set it up at Netflix.

What was the process behind writing the script?
It was the same as the process on any other project I write. I wrote the script itself pretty quickly. I really was trying to write something with a recognizable title that agents and managers would be enticed to read. I always thought it’d be just a sample to hopefully get me representation. I never thought in my wildest dreams that I’d be able to get the rights to “Cuckoo’s Nest” and that it would end up being Netflix’s biggest original series debut of 2020.

What advice would you give to students who are interested in doing screenwriting?
Figure out the stories that you want to tell and why you’re the one to tell them. To really make it in this business, you need an absurd amount of luck, but that luck doesn’t mean anything if you’re not prepared for the opportunity. So write, write and write some more. Never put your eggs in one basket but in three, four or five baskets. Move to Los Angeles, it is where you have to be, especially if you want to work in TV.

What would you say to all current Ohio University students?
Athens is the most special place in the world. Cherish every second you have there because it is over in the blink of an eye. OU-Oh Yeah!